Peter Hazell is a chartered Surveyor and Director of George Hazell & Co. Following training as an Agricultural Auctioneer and Land Agent in the Peak District, Peter returned to his East Anglian roots working for Commercial Property surveyors Drivers Jonas in Norwich before setting up the Business Assets advisory service within George Hazell & Co in 1996 initially from premises in Watton, Norfolk.

Over the past 20 or so years Peter has been on the Business Asset Valuation board of the RICS and has advised on valuation and disposal matters worldwide with various assignments taking him from the Americas, Europe, The Gulf and Asia. Much of the work is “insolvency led” but there are also direct assignments on behalf of banks.

Outside work Peter is a keen Hockey Player, playing for Dereham Hockey Club, Sailor and Cyclist. He has also recently developed an interest and qualification in Disaster Aid Activities, his most recent assignment was in Nepal following the devastating Earthquake there in March 2015. 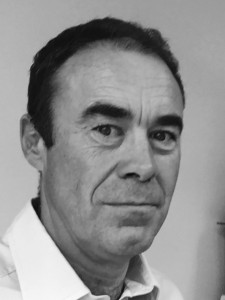